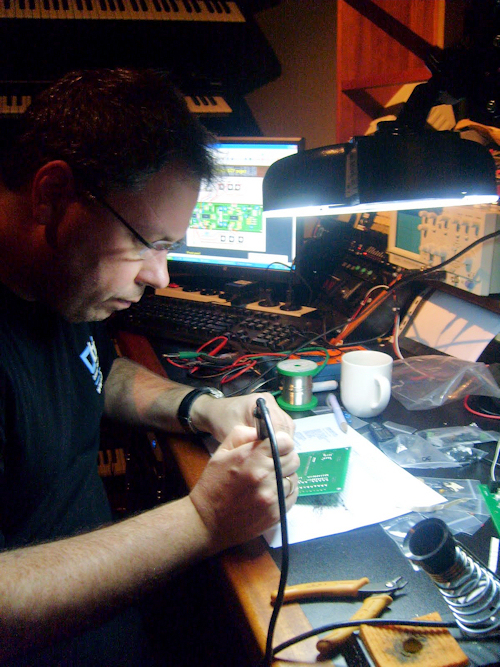 When I was in school I actually studied electronics and after that I also worked for an electronics company for almost 8 years. One of the reasons I started to learn electronics had nothing to do with music actually. I was hooked to computers and data-communications, but in the time I got my education there were no ICT courses at all, so electronics was the closest thing. In my spare time I played a lot of games on old computers like the Commodore 64 and Amiga and ran my own BBS. That stands for Bulletin Board System where you could download files and chat with others. There was also a mail system that connected all BBS's together and that was kind of the ancestor of E-mail as we know it today. Eventually that BBS is where my own company evolved from. But back  then in school I did enjoy the digital electronics courses, but didn't really understand why anyone would need analog electronics any more ;) I figured that everything was going to be digital very soon and that all that time I spend in school was a waste of time :) 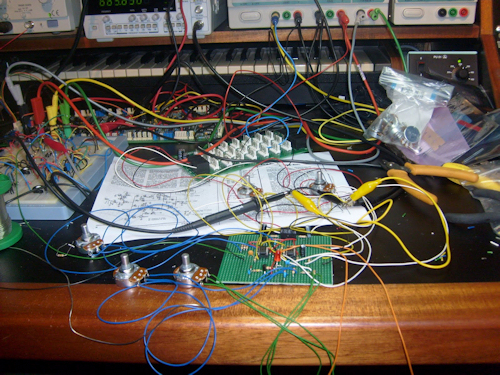 Later though when I started to get interested as well in synthesizers and electronic music and I still worked for that electronics company I read about a synthesizer you could build yourself in a magazine called 'Elektuur' (Elektor in English). It was the later to be famous 'Formant' project. Back then though I had no time and money to build it. And then in 1996 I started my own company and didn't have time at all any more for anything. But I did get the analog electronics part suddenly. Then in 2005 when I was home with a burn-out from work I started with producing my own music and then I also picked up the electronics again, but this time as a hobby with a goal. I decided then that I wanted to start building my own synthesizers. 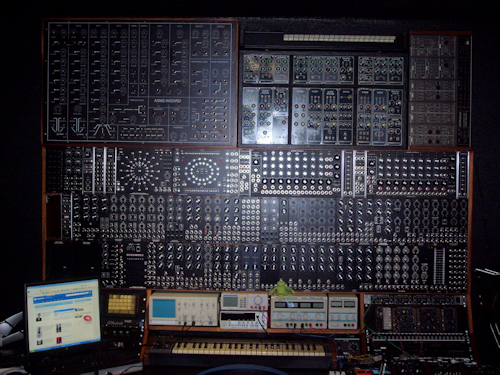 My first projects were two ready-to-go kits from PAIA. The first synthesizer I build was the PAIA Fatman. That was relatively easy and it worked right away so I decided to also try their 9700S modular kit. After this I really got hooked and started to look for more. Then when I decided to build my Apollo Studio I also decided that I wanted to build a big 70's Moog Like synthesizer. I found a lot of stuff on the Internet and started collecting schematics, PCB's and front panel designs. And since then I'm building a lot of modules for the big modular, but also some other projects. You can read about the projects I did or am still doing by clicking the different projects in the menu on the left. Please notice that there is a lot of information on there, so take you time to read it all :)