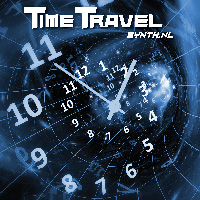 This is my fifth solo album called 'TimeTravel' and it is kind of different from my previous solo releases. In the last years I released a lot of single tracks on different sampler CDs. Some were for sale like the 'Dutch Masters' and 'Analogy 3' albums by Groove Unlimited, but I also donated some tracks to the German Electronic Music Club Schallwende. They give a free sampler CD every year to their members, so these tracks were never really available for everyone. There is also new (well actually old) material on the album, some tracks that were never released at all. One track that didn't make my AeroDynamics debut album because I had 68 minutes of music already and two old tracks that I found on my computer and decided to finish. All tracks haven been completely re-mixed and re-mastered by my good friend Ron Boots. So even if you have the Schallwende CDs: These versions are different and they are released as download in higher quality as well (48 kHz/24 bit). The artwork was done by my youngest daughter Tamara van Osenbruggen. I'm very proud of that and she will do more for me in the future. I hope you like it. I really do. This album is dedicated to my lovely daughters Joyce and Tamara. I know the divorce has been hard on them. I hope you like the music. At least it was a nice Travel back in Time for me :)

This is my fourth solo album called 'Apollo'. For this album, I was inspired by the Apollo Moon missions, undertaken by NASA during the 60’s and 70’s of the previous century. Since I was born in 1969, the same year that Neil Amstrong set foot on the Moon, I have always felt a very strong connection to this event. Listening to this album will take you on a voyage from the Earth to the Moon and back again. Many of the astronauts that actually took this journey have stated that they went up there to discover the Moon, yet really discovered Earth. Before Apollo, no-one had ever traveled far enough away to actually see the whole planet in one view. Pictures of that beautiful blue marble floating in space have become famous the world over and have made mankind feel more interconnected than ever before. In my opinion, the Moon landings represent human’s greatest technological achievement up to date. I really hope to live the day that we will be able to return there.The album was released by Groove Unlimited on the 1st of October 2011 on the Electronic Circus Festival in Gütersloh Germany. 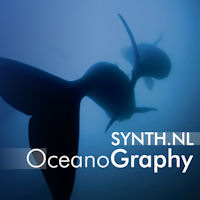 This is my third album called 'OceanoGraphy'. My inspiration for this album came from the Earth's oceans and the creatures living in them. While listening to this album you will be taken on a journey through the deep waters of our oceans. You will travel together with whales, dolphins, sharks and sea turtles. Most of these animals are endangered or even threatened with extinction by the way! We should really care more about the life in our oceans. I hope to get your attention for this mysterious world in this way. It would be a real shame to loose it for ever. This album is officially endorsed by the World Wildlife Fund (WWF) for this reason. A part of the revenue of this album will also be donated to the WWF to help preserve these beautiful animals. I sampled a lot of sounds again myself both above as below water. This album was released during the E-live festival on the 17th of October 2009. 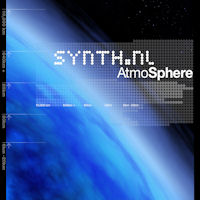 This is my second album and it is called 'AtmoSphere'. My inspiration for this album came from the atmosphere around our beloved planet Earth. The songs are inspired by the different layers of air around our world, the different cloud formations that are encountered in these layers and the sounds of different weather phenomena. While listening to this album you will travel through these layers of air starting on the surface of the Earth and ending up in space :) I sampled a lot of sounds myself actually from thunder storms, rain and wind. I used these sounds as an inspiration for many of the songs that you will hear. The album was released on the 11th of October 2008 by Groove Unlimited. 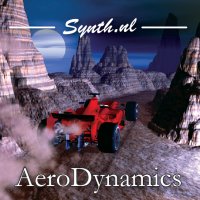 This is my first album. I selected 'AeroDynamics' as the main theme and also the name for this album. During my involuntary military duty I served in the Dutch air force, where I was a mechanic on F-16 fighter planes. I got quite some education before I was able to perform this task. One of the classes I enjoyed a lot was aerodynamics and since then I have always been fascinated with the aerodynamic aspect of race cars and airplanes. So all tracks on this album are about cars, planes or aerodynamic phenomena related to the theme. The album was released by Groove Unlimited on the 13th of october 2007.